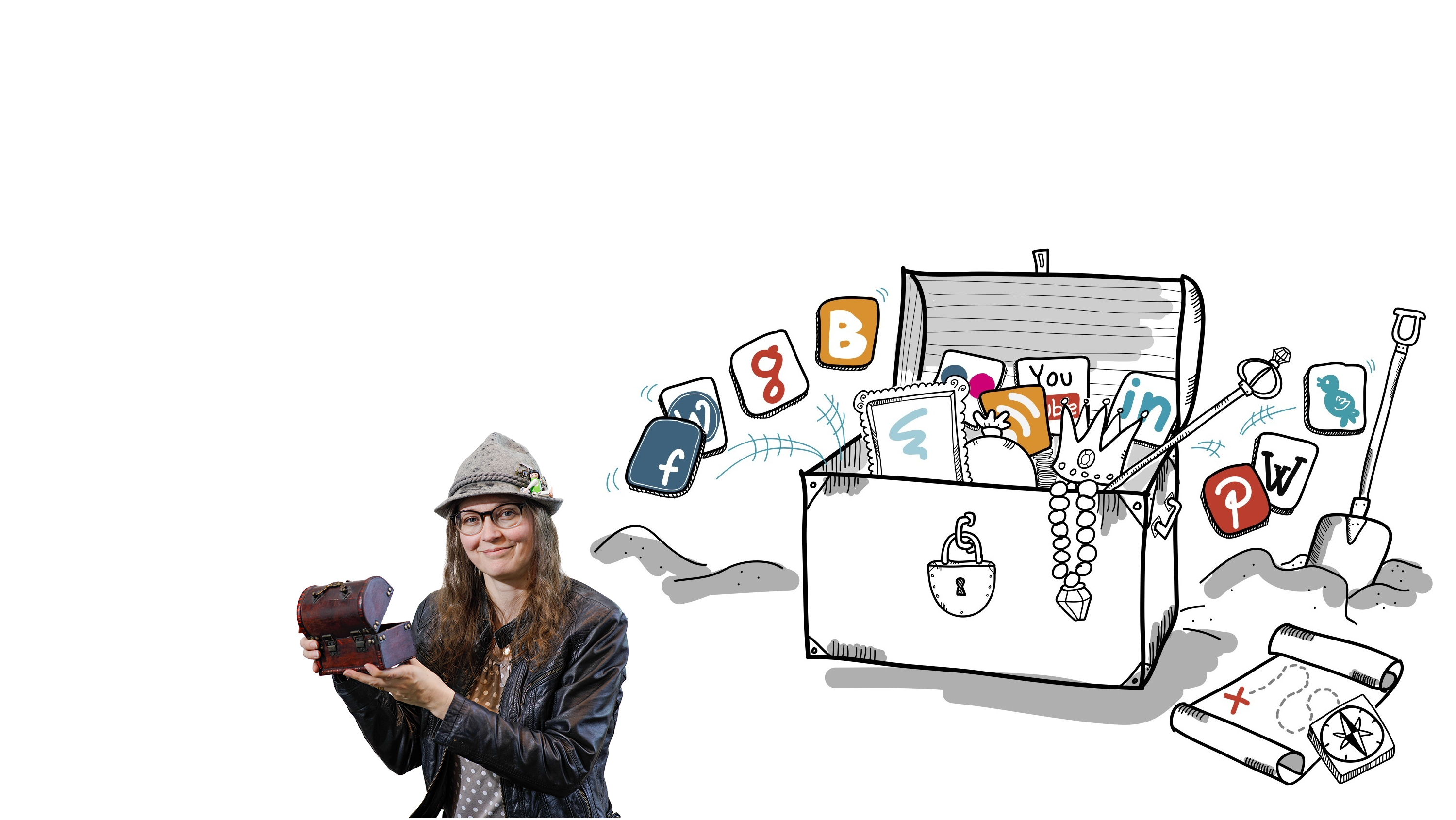 MSc Johanna Janhonen of Hidden treasure is consulting her customers with Wikipedia. Mrs Janhonen lives in Finland, so in case you can read Finnish, go see 🇫🇮 Piilotettu aarre 🇫🇮.

In Finland Piilotettu aarre is offering for example social media trainings and workshops and arranging a yearly seminar for community managers called #CMADFI. Johanna also writes columns and creates content in Finnish Wikipedia being among the 100 most active Wikipedians in Finland at the moment.

Globally Hidden treasure is concentrated in Wikipedia offering trainings and consultation for Wikipedia and other Wikimedia projects.

So nice that you found Johanna’s hidden treasure!

I went to Helsinki today. Again. Since April I've

It felt like a vacation to visit Jyväskylä today

Love is ... making their ordinary clothes a little

I didn't post about my secret yesterday but here I

Finland paused yesterday as we heard that one of o

Feeling nostalgic for my #piggytwizzies - tomorrow

My photo challenges make me take the weirdest phot

William Beutler of Beutler Ink and Johanna Janhonen of Hidden treasure were visiting Disambiguation podacast on Augus 2020. The hosts, Stephen Harrison & Omer Benjakob were wondering if paid Wikipedia editing can be ethical too.